Murphy - Not the Typical TNR Cat

His name is now Murphy, but he has also been known as Cat-Man and Hoppy.  Murphy found his way into a Community Cats TNR (Trap-Neuter-Return) trap in the fall of 2013.  He took a trip to a veterinarian clinic, had a health check, rabies shot, parasite treatment, was neutered, and returned to his trapping site sporting a clipped left ear tip.

Murphy has a history in the City of Ludington.  He has been fed by a number of caregivers on the north side.  He was often seen “hopping” across Tinkham Avenue to visit even another feeding site or another amorous female feline.

Murphy has an old injury to his hind quarters that prevents him from walking normally.  He “hops!”  One theory is that he was hit by a car, another that somebody shot him.  As it turns out, he is a tough survivor.  He healed to a point and has been making his presence known in various neighborhoods.

But, Murphy is not the typical Trap-Neuter-Return cat.  The vast majority of TNRd cats are fearful of people and need to be trapped in order to get them spayed or neutered.  Murphy is, however, a free-roaming cat who has contributed significantly to the birth of a lot of kittens within the City during his “glory” days.  Thanks to Community Cats TNR, he is no longer fathering kittens.

Today he is healthier, more content, and still visiting various neighborhoods.  He has no forever home.  He is a good cat and a free spirit.  Although he has likely suffered at the hands of non-caring people, he still likes people.  If he visits your porch, you may be able to scratch him behind his clipped left ear and offer him a special treat!

Please use the Contact Us link to let us know if you see him!

As of January, 2017, we are still searching for information on Murphy’s fate. 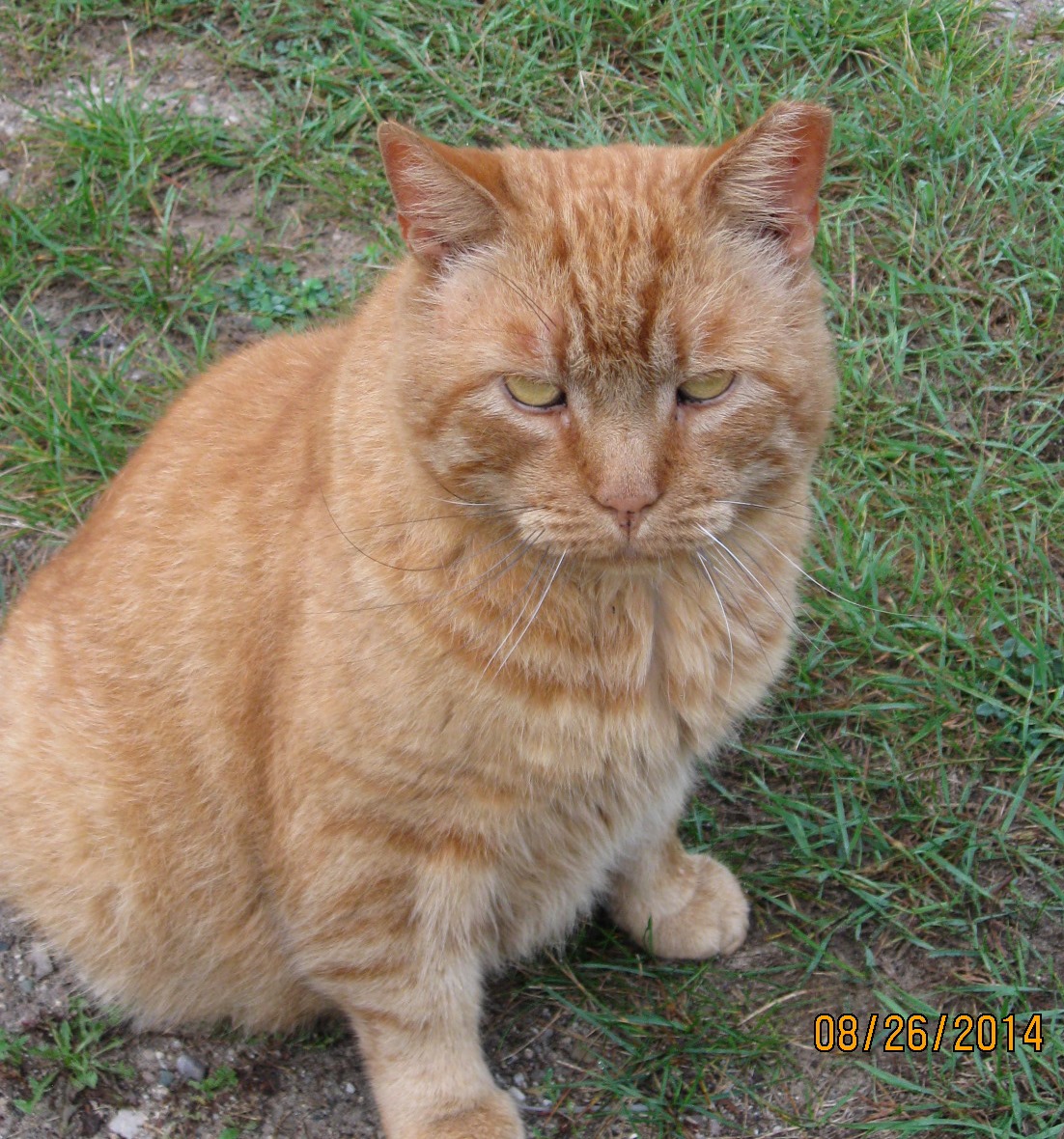